Featured on several 2017 Red Paddle Co boards and many 2017 Starboard Deluxe inflatable paddle boards, the FCS Connect Fin system is extremely easy to use. Doing away with all kinds of tools, nuts and bolts, the FCS Connect system allows you to insert and remove your SUP fin by hand in just a few quick and easy steps. The fin has a specially designed wear-resistant barrel and corrosion-resistant titanium pin mechanism incorporated into the base. The rest of the fin is also extremely durable and resistant. 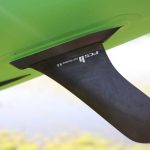 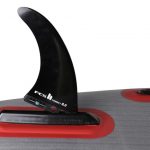 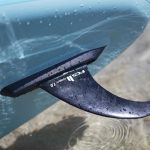 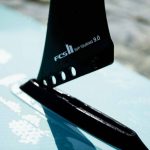 Before you had to fiddle with a finger bolt and plate, or even a screwdriver, bolt and plate. All of which could be lost in the sand so easily. Now, just slot the pin end of the fin into the fin box, slide forward and snap it back into place. To remove, tap the fin forward, slide the pin back and remove. Easy as pie!

How to install your Red Paddle Co SUP fin

How to install SUP fins

How to install RSS battens video

How to install and remove a US box style SUP fin

Just received my board, very timely shipping, appreciate it.

Thanks again for the help and advice. You’ve done a great job with your blog and videos.

Good communication with the owner and he delivered what I wanted in a timely manner. The product was well packaged and looks to be of high quality at a fair price. Thanks!

Flying under the radar, Fanatic are quietly making top quality boards at excellent...