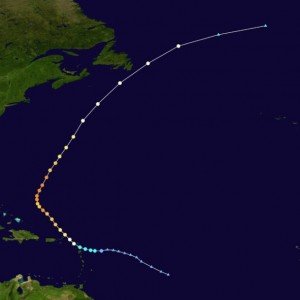 As a late season hurricane developed with a forecasted path to the north of the Caribbean, it was perfect timing to get down to the Dominican Republic to enjoy some epic swell, in warmer waters! Hurricane Gonzalo shifted it’s path to the north and stalled for a few days before busting through Bermuda, and now heading over to wreak havoc on the UK. It also provided the East Coast of the USA with some great Fall waves.

After 2 months in New York City, it was great to get back into the warm water and waves. Friend and past customer of Green Water Sports, Wes, is a budding drone pilot and has all the gear to shoot the SUPers on the outer reefs here. While we’re on the range limit of his current live video feed configuration, the still air, clear skies and clean waves were too much to pass up and buzzed us with his drone.

I had sessioned another break (which can be seen in the centre of the video below at 2:30) for about 1-1.5hrs before paddling back to the beach via the wave in the film. Drone battery life limits the amount of time he can film and having already lost one to the sea, he wasn’t about to risk it trying to capture more footage.

I rode one nice wave (0:20 in the video) and then my mate Lee steals the show with a couple of waves. Wes then pans back for a great overview of the breaks around Kite Beach in Cabarete. Enough talk, check out the action.

In another drone session, Oliver from EyeFly Films, did a photo shoot with us a few months back on the Red Paddle Co 12’6″ Race inflatable SUP.

Thank you for the advice. It worked great.

I’m very impressed with the board’s quality and the fast shipping time.

New technologies and features in 2019 for Starboard inflatable paddle boards

We take a look at a few of the fey features of the...